The elite clinic that focuses on smile design is located on the Suadiye side of Bagdat Street. The space offers its visitors a minimal and assertive experience and defines its examination rooms from the moment of the entrance and exhibits them along the corridor. Another strong attribute of the space is the glass separators on the clinic rooms, wrapping the entire corridor facade through turning on the waiting space. The space is divided into two colors starting from the window parapets in the waiting room. Everything from below the parapet line including the planters and seating units is anthracite color while anything above this line is white colored including the plants themselves. This radical decision is also reflected in the design of the balconies. The material change behind the bench also is visible in front of the bench, changing with the same tone but with a vertical direction this time with one third of the ratio. The waiting lounge is designed in relation to the bench and a minimal and elegant configuration has been considered. 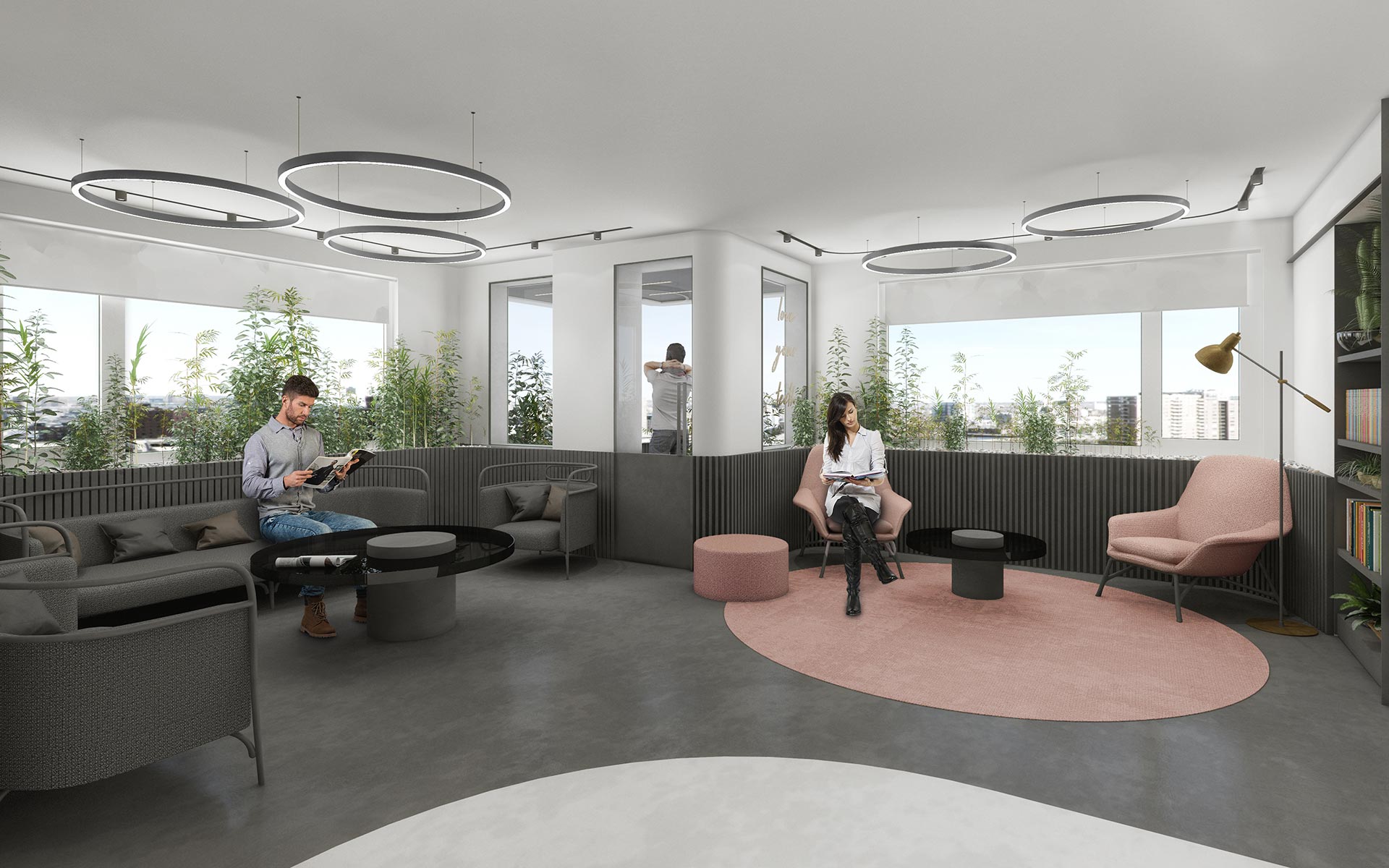 We can see an assertive clinic room in terms of planning aspects because the entrance is located in the middle of the space. The three waiting rooms in the clinic have the same amount of space and they all receive natural light and clean air from the main facade. The columns in between the clinic rooms are hidden in the glassed and mirrored chambers. In the planning where the examination rooms are reconfigured on the facade side, the left side of the corridor is placed for service units. A wall system adds action to space by using the column and beam bumps of the corridor. While the minimal and strong character of the space shows itself with the contrast of white and anthracite, another third color appears. This “Salmon” tones in the details show the feminine side of the space along with the curves. The design has been matured with the touches that show themselves on the bathrooms and niches where the dental surgeries will be made. 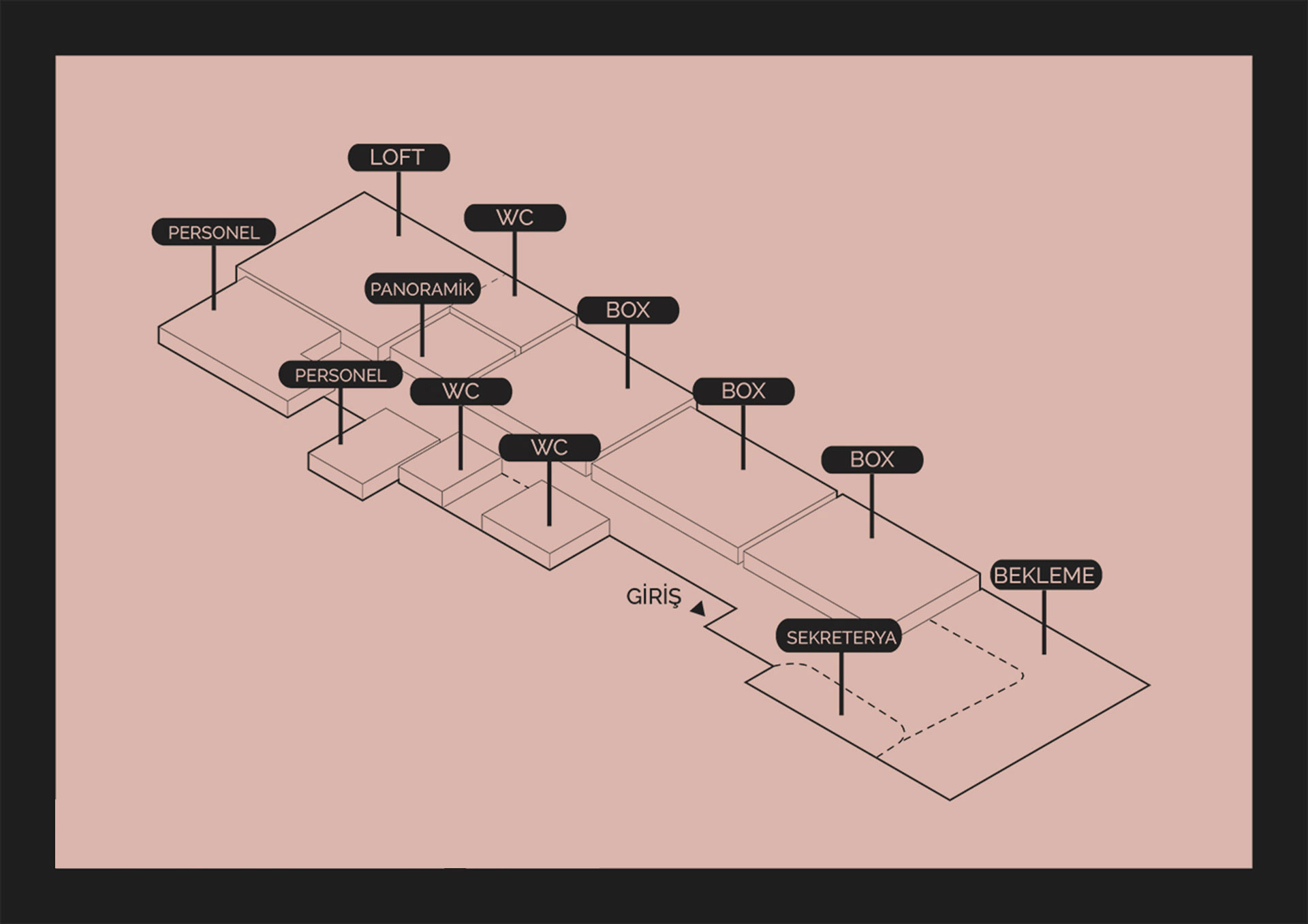 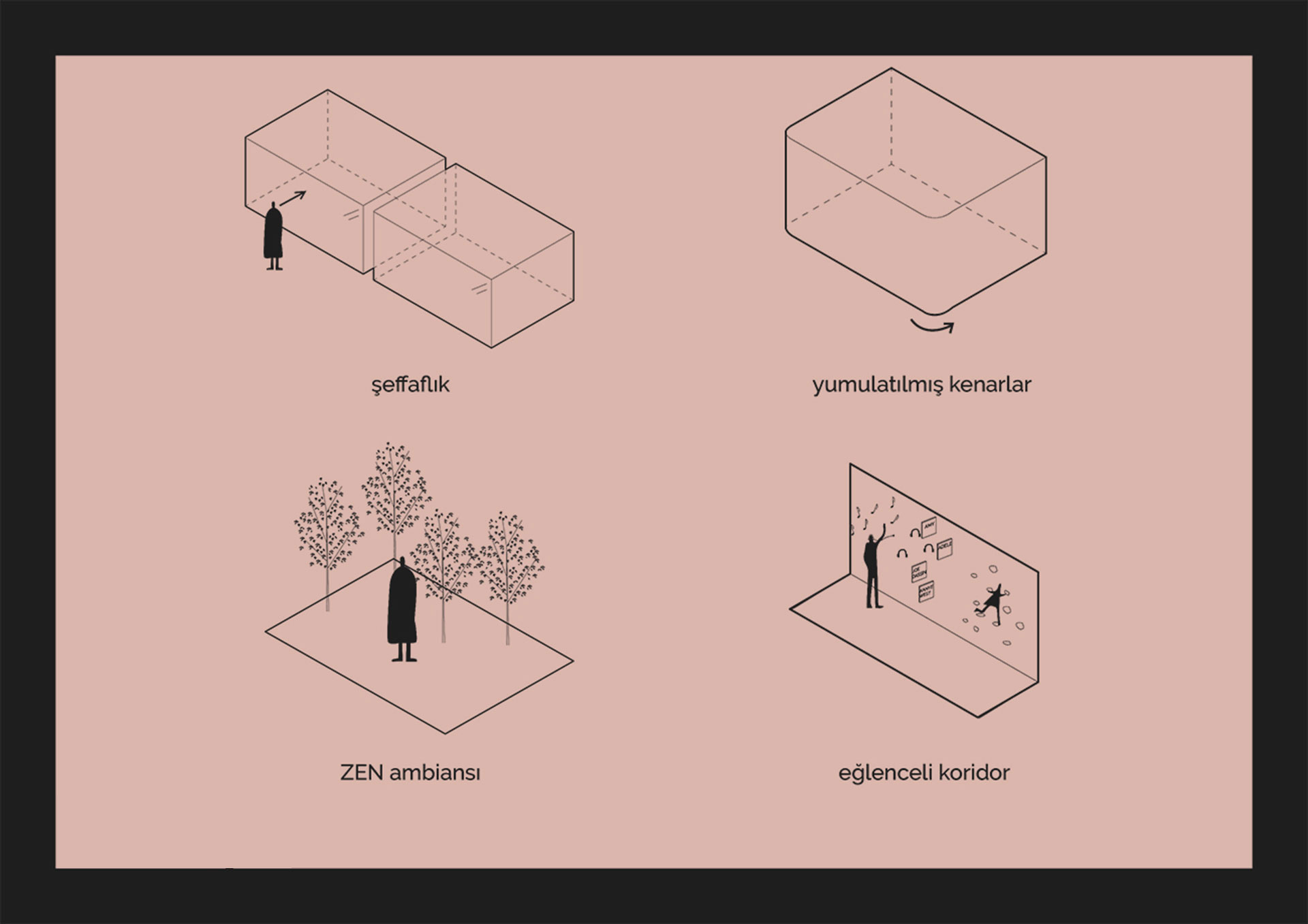 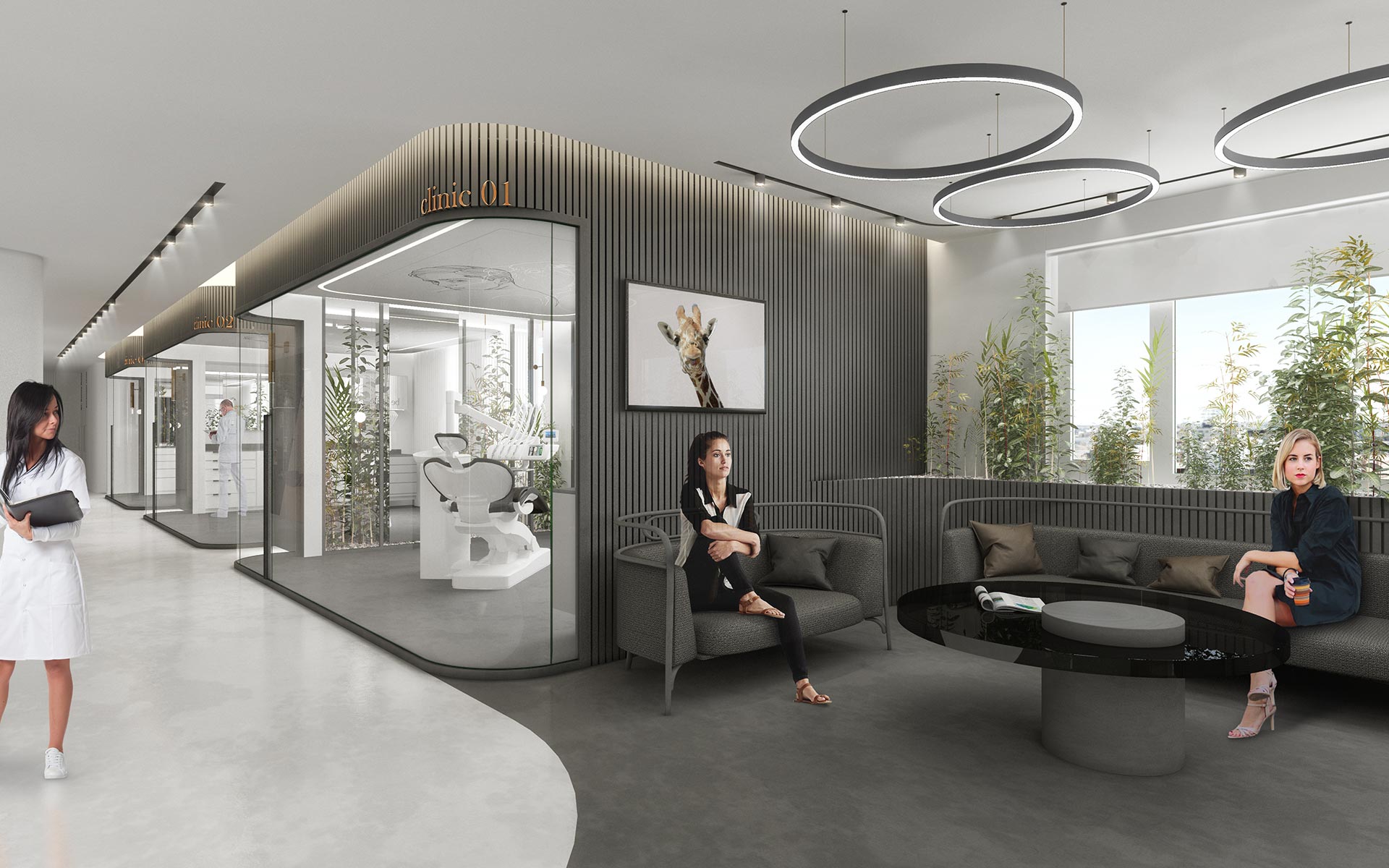 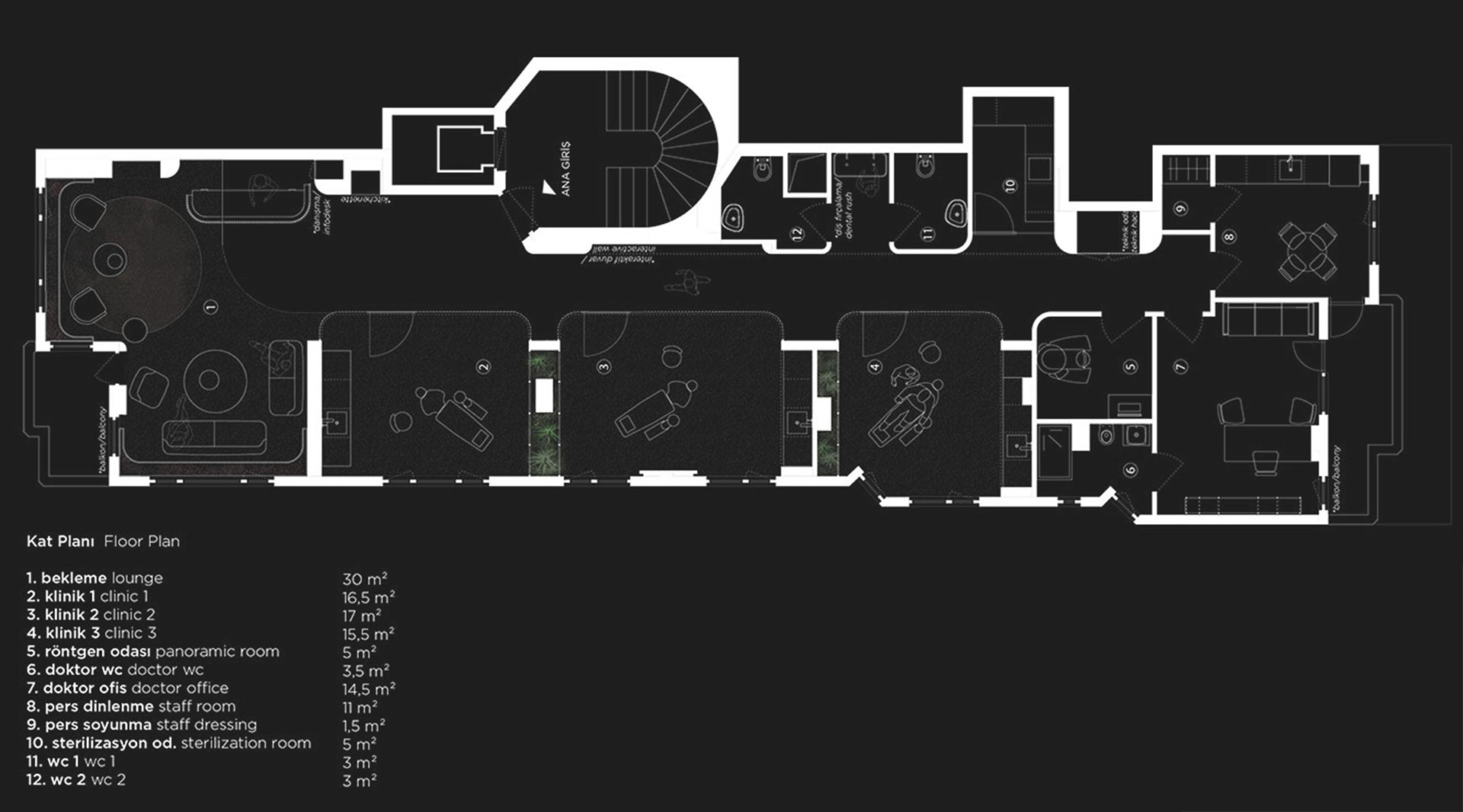